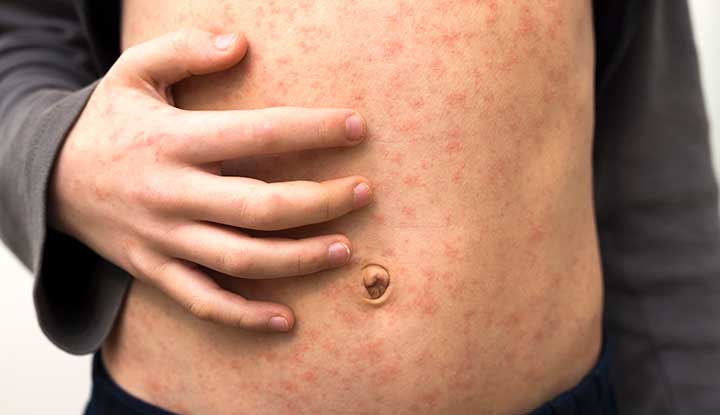 The news that comes to us from our European neighbors tells us of a substantial increase in the number of sick people and also in the number of deaths from measles. The outbreak seems increasingly challenging to control since the spread among people who are not vaccinated (or not correctly) is high due to the virus’s contagious characteristics.

Measles is an infectious disease caused by a virus. The reservoir is the human being, so transmission occurs from person to person through respiratory secretions. The incubation period lasts about 10-14 days. It begins to be contagious in the period in the days before the appearance of the skin lesions (so that it begins to spread before it is evident), and contagiousness persists until 4-5 days after the characteristic rash appears. Immunity is long-lasting, so measles is only passed once in a lifetime.

Although some deny the disease or put it in the “package” of mild conditions, the reality is that it is an infection that can be fatal and not exempt from complications such as pneumonia or encephalitis or, in the medium term, the terrible acute disseminated encephalomyelitis.

What is the current situation in Europe?

The WHO has just released a note indicating that we are at record numbers for the number of measles cases in Europe, having reached 41,000 declared instances in the first six months of 2018, which is the highest figure -compared with annual and not semi-annual reports – of recent years. In addition, 37 deaths due to the disease have been reported.

Although many cases occur in eastern countries, Russia’s neighbors, such as Ukraine or Georgia, the figures for some of our closest neighbors, such as Italy, France, or Greece, are also remarkable.
What is causing this significant outbreak of measles?

The cause of the outbreak and its solution must be sought in vaccination. The fall in the figures for vaccination coverage explains the appearance and spread of the disease against which there were eradication plans.

The causes of non-vaccination are varied: in some countries, armed conflicts, geopolitical situations, and insufficient information may be probable reasons. Unfortunately, in our environment, the bad decisions made by families increase the group of unvaccinated children susceptible to getting sick.

The measles vaccine is the vaccine paradigm that creates herd immunity. Herd immunity is the phenomenon by which vaccination of the majority of the population (estimated at around 95%) protects the infection from entering the community and its spread. This protection offered by the group is essential for sick people who have weakened defenses and for younger children who, due to their age, have not yet been able to be vaccinated.
The measles vaccine

Vaccination against measles is administered through the triple viral vaccine, which is very effective, and of which two doses are administered: one at 12 months and another at 3-4 years.

The triple viral vaccine consists of protection against three viruses: measles, rubella, and mumps. It is not recommended to administer until 12 months because the immune reaction is poor before that age, and it will not protect adequately.

Until 5-6 months, the baby will be protected by maternal antibodies if the mother has had the disease or has been vaccinated. From 9 months, in an outbreak situation in the community, it is possible to give the baby the first dose. If it is necessary to provide this dose before the usual vaccination age, at the time of vaccination, we must start from scratch, as if we had not been given it.

The triple viral vaccine is one of the vaccines that cause the most suspicion among anti-vaccine groups. Perhaps because it is the vaccine involved in the Wakefield autism farce or because it is a live virus vaccine and has a greater tendency to generate a vaccine reaction than other vaccines.

What is the situation in our midst?

The vaccination coverage figures in our environment are acceptable if we compare ourselves with our neighbors. But if we look at the image, we see that the coverage of the second dose of vaccine, which is necessary to have a good development of antibodies, has decreased in our country (we have “lost” the blue color in 2017 for the second dose). So it is advisable not to lower our guard since the subtle decrease in vaccination coverage makes us susceptible to outbreaks.

A few weeks ago, the administration recommended vaccinating babies from 9 months who had to travel to European risk areas. We will see if we do not have to adopt this measure more generally for babies in a few months.
Final reflection…

Many occur to me You have, but perhaps the main one is to think that this situation seems silly: living in a part of the planet rich in resources, with access to healthcare, and where we know perfectly well the cycles of diseases and how to fight them, and without putting yourself at risk of getting sick and dying from a preventable infection.

In my city alone, Barcelona, some figures have just been published that make us think: 3,000 children are not vaccinated due to family decisions. If the numbers continue to rise, it will get out of hand. 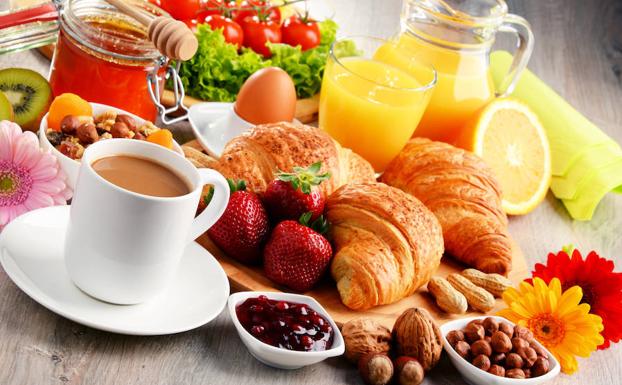 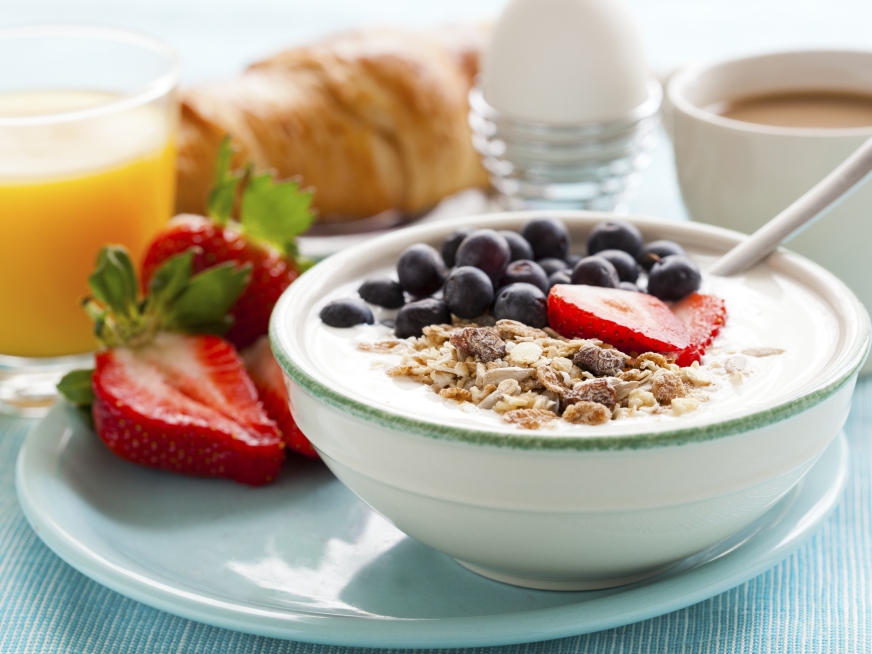 do i have to eat breakfast ?